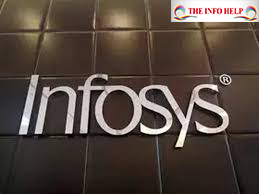 Better-than-expected earnings from IT major Infosys pushed its shares to a record high and adding about ₹45,000 crore to its investors’ wealth.

The Bangalore-headquartered firm posted a net profit of ₹4233 crore for the quarter ended June 30, an increase from the ₹3798 crore recorded a year earlier for the same period.

Infosys said it secured deals worth $1.74 billion during the period, higher than the $1.65 billion reported in the previous quarter.

The firm also benefited from the Indian rupee’s depreciation against the US dollar.

“Our Q1 results, especially growth, are a clear testimony to the relevance of our service offerings and deep understanding of clients’ business priorities which is resonating with them in these times,” Salil Parekh, Chief Executive of Infosys, said in a statement.

Analysts said the firm’s ability to sign lucrative deals enabled it to weather the quarter with relative success.

The company had not provided any projections in the March quarter, citing COVID-19-related uncertainty.

Domestic brokerage Edelweiss has upgraded it target price on Infosys to

“Infosys’s results beat estimates substantially (revenue/margins), but the key positive is the reiteration of revenue guidance growth of 0–2% (CC) for FY21.

We believe Indian IT is at the bottom of a tech upcycle as explosion of digital activity is catalysing transformation of core, cloud adoption and build-up of digital capabilities,” the brokerage said. (With Agency Inputs)