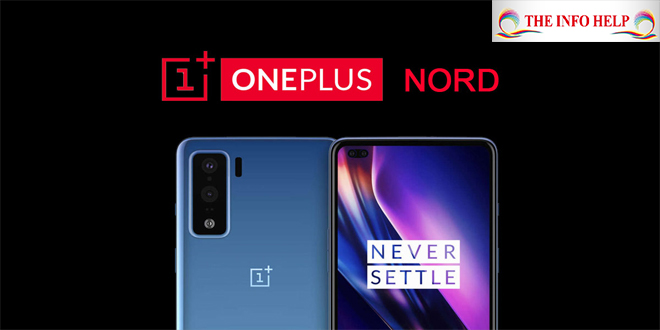 OnePlus Nord is the company’s cheapest phone in 2020

OnePlus is all set to launch the much-anticipated OnePlus Nord smartphone. Due to the ongoing coronavirus fiasco, the company decided to take a whole different approach to launch the device. The company has distributed AR launch invites via Amazon at Rs. 99. These invites can be used to help the fans and the media to watch the live event and experience the phone via Augmented Reality (AR). This will make the mobile launch the tech industry’s first AR launch.

OnePlus has scheduled the live event to begin today at 7:30 PM IST. The interested fans and community members will need to use the mobile AR app to watch the event and experience the device via AR. The application is available on both Android and iOS via the Google Play Store and Apple App Store, respectively. In case one does not have the AR invite, they can still watch the live stream via the company’s official website.

Alongside the OnePlus Nord, the company is also set to launch the OnePlus Buds, which will be the first-ever truly wireless earphones from OnePlus. According to the teasers, the OnePlus Buds will offer a battery life of up to 30 hours.

OnePlus has finally launched the much-anticipated smartphone in India. Mobile is available for a starting price of Rs. 24,999 for the base 6GB+64GB variant. The 8GB+128GB and 12GB+256GB variants of the smartphone are priced at Rs. 27,999 and Rs. 29,999. While the 6GB RAM variant will be available in September, the 8GB RAM variants will up for grabs starting August 4. Customers purchasing the smartphone using the American Express Card will get a discount of Rs. 2,000.

Mobile sports a 6.44-inch AMOLED display with 90Hz high-refresh-rate. The smartphone has Qualcomm Snapdragon 765G processor with 5G support. The dual-SIM handset comes with up to 12GB of RAM and 256GB of onboard storage.

OnePlus has finally unveiled the much-awaited mobile . The company showcases some of the key features including 90Hz AMOLED screen, up to 12GB of RAM, Warp Charge 30T technology and more. Mobile will be available in two colour variants – Blue Marble and Gray Onyx.

OnePlus Nord online launch event is scheduled to begin at 7:30 PM IST. The company is expected to launch the OnePlus Buds truly wireless earphones alongside the mid-range 5G smartphone.

For more information on how to watch the live stream, expected price, specifications and more – OnePlus Nord arriving in India today at 7:30 pm: How to watch AR event live, what to expect and more.

According to recent rumours surfacing on the Internet, the mobile cost just Rs. 19,999 once it arrives in India. However, the leaks are not from a legitimate source and cannot be trusted. OnePlus teased that the smartphone will cost below USD 500 at launch. Considering the pricing teasers and specification details, the smartphone will most probably cost more than Rs. 30,000 when it arrives in India. However, this piece of news can just be taken with a pinch of salt as we will need to wait for the official announcement to get a clear picture of the pricing.

OnePlus has been teasing the OnePlus Nord mid-range smartphone for quite some time now. The company has already confirmed that the upcoming smartphone will be powered by the Qualcomm Snapdragon 765G processor, which will bring 5G support right out of the box. Apart from that, the mobile will also feature a 90Hz high-refresh-rate AMOLED panel, 48MP quad-camera setup at the back and a 32MP dual-camera setup at the front. OnePlus Nord is expected to support Warp Charge 30T and sport a 4,110mAh battery.